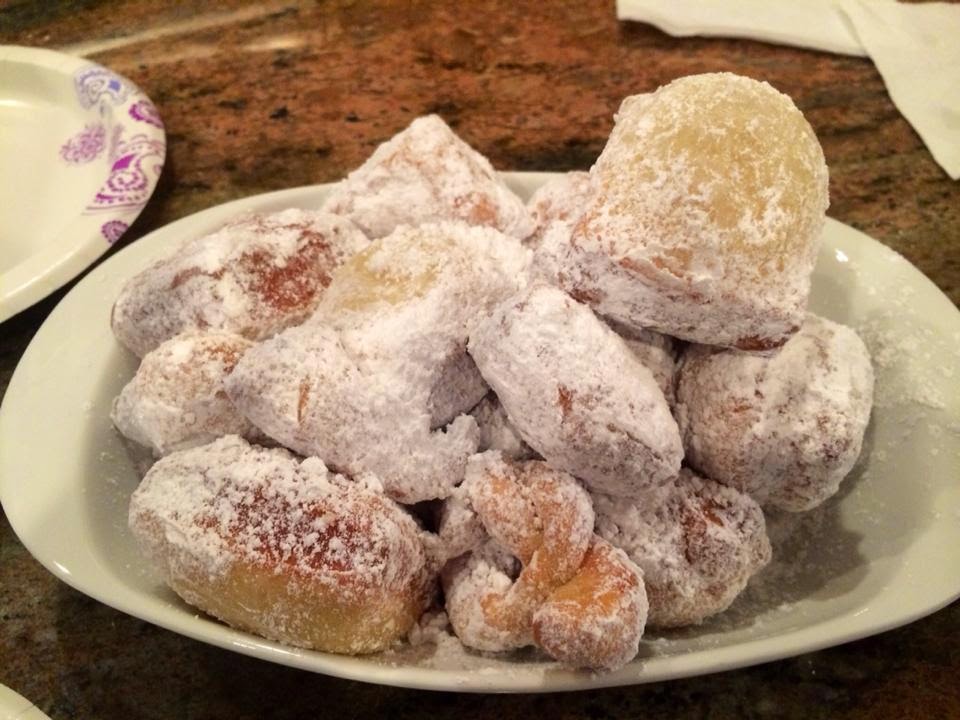 I’ve been wanting to try a beignet ever since first hearing about them on the Girls Next Door (don’t judge me!). The girls were in New Orleans for Mardi Gras- Kendra and Bridget were sick and Holly bought them coffee and beignets in attempt to bring them both back to life. I hadn’t heard of beignets before that episode actually- I know. I need to get out more. Well, today I got my chance to try beignets because one of the gals I work with has a dad who apparently loves cooking and has a killer recipe for these powdered sugar covered fluffy concoctions. Above is a photo she took after her dad made a batch and this morning she brought some into the office.

The best way I can describe a beignet now that I’ve finally eaten one is an airy pastry coated in crack powdered sugar. Just don’t call it a doughnut!!!

These little bastards are good and I confess one wasn’t enough so I had a second. The second one was just as good as the first. I would definitely be willing to stuff my face with them again if given the chance. Apparently they are best when made fresh though. I went back for a third about a half an hour later and it wasn’t as good.

Too impatient to wait on a trip to New Orleans or for someone to bring you some to try? Here’s a recipe to make your own at home.