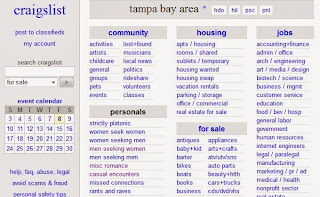 Have ya’ll seen the insanely offensive resume floating around the internet today?!? In case it gets yanked later, I copied and pasted it below so folks can read it in all of it’s glory. I feel this guys pain considering I was looking for a job for way more than a year. Wow! Just wow. I found out about this on 93.3 FLZ’s website and of course had to go check it out for myself. Enjoy! Source for the original post if it is still up.

Fine, Don’t Fucking Hire Me, You Can’t Handle My Shit

Got a bear in your backyard that keeps eating your garbage? I’ll fight
that motherfucker and I’ll win! Can any other prospective employee say
that?! FUCK NO! What’d you say? You lost your keys? FUCK IT! I’ll shoot
the goddamn lock off your door with my laser eyes! That’s how bad I need
a motherfuckin job! Your brother is gay and you’re not cool with that?
I’ll de-gay him with reverse buttsex. Don’t believe me?! Then hire me
and I’ll fucking show you!

I need a motherfuckin job.

SHIT I HAVE DONE

-I invented the moon.

-Atlantis was around til 1988, but sunk when I shot out of my mom’s vagina like a silver bullet into a wolverine.

-I am also a wolverine.

-Had sex with the Spice Girls.

-I have prophetic visions of the apocolypse.

-Created a new genre of dance in which people get so into it that
radiation waves pulsate off of them, I like to call this the microrave.

-I reverse engineered a door, I now know how it works.

-When I was 8, a frisbee flew into my backyard and I blew it up with my mind.

-My brother is the Eiffel Tower

-Can make weapons out of anything, very useful in a hostile work environment

-Beat my addiction to TubeV pornography when I was 19

– Having kicked my pornography addiction, I decided that quitting was for quitters and became addicted to fulltube.xxx movies. I ain’t no bitch ass quitter.

-Proficient in Microsoft Office and Photoshop

DUTIES: Setting up sex scandals in which to blackmail wealthy
politicians, forwarding email, burning down the houses of the poor, loan
sharking, answering phones, greeting clients in a manner that would
frighten most people

POSITION: Once Again, I was a fucking Front Desk/Administrative Assistant

DUTIES: Organizing the dumping of bio-waste into the ocean, peeing in
lakes, digging holes to fill with garbage, making garbage out of
perfectly good and useful items, filling said wholes with said garbage,
creating fake facts about Greenpeace and publishing them on the
internet(I am internet savvy), good at filing…documents of hate.

So, now that you know the real me, are you gonna hire me or not? I would
like to remind you that I can make weapons out of anything.