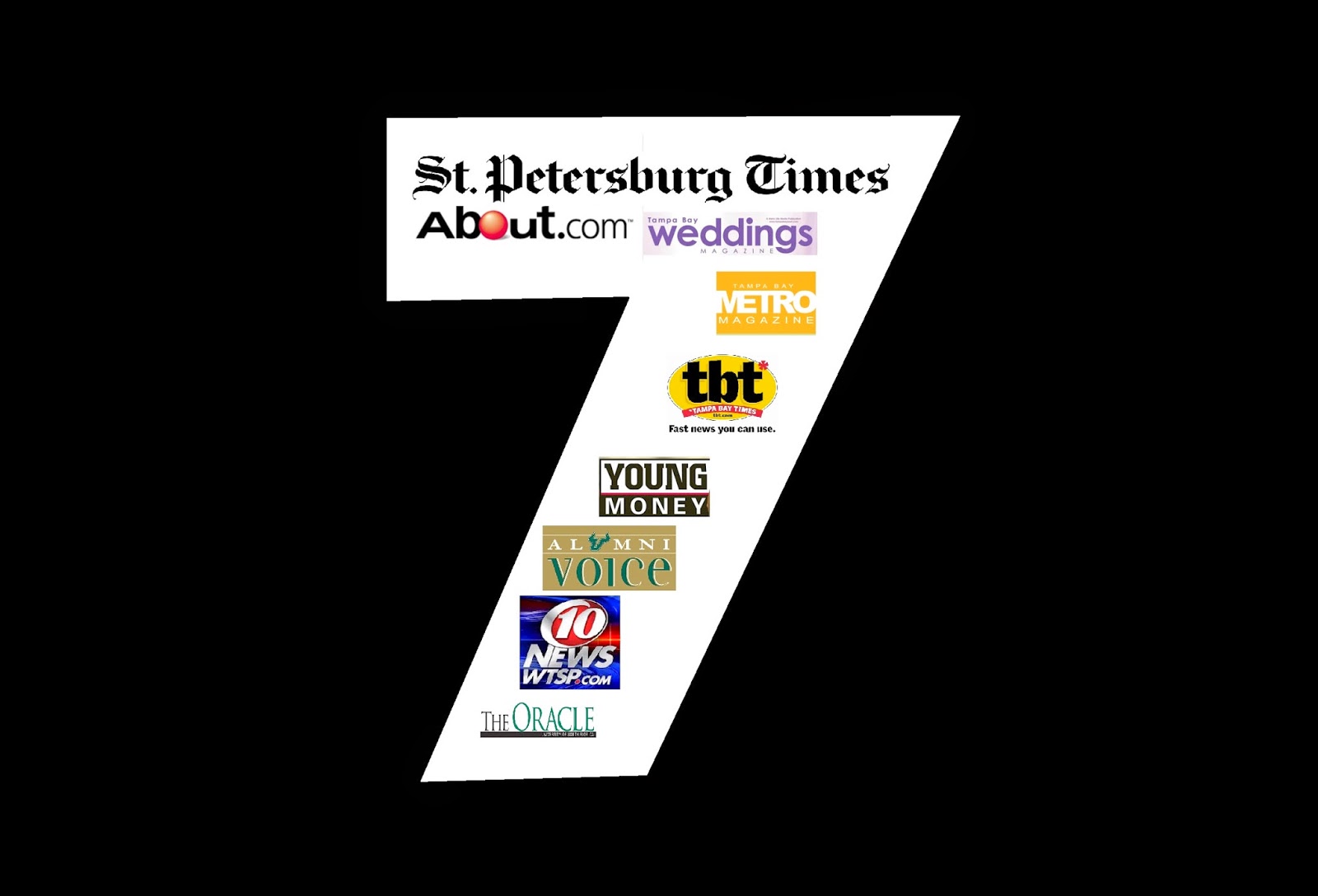 Today marks seven years since I officially started my freelancing business (i.e. got a business license and a website). Holy cow! I have been a PAID writer and photographer since October, 7, 2007! My first article was published in the USF Oracle the week of Valentine’s Day in 2007 and about eight months later I decided I wanted this to be my business. I have been on a crazy roller coaster ever since! In the photo above are the logos of just a few of the publications my work has been featured in. I can’t wait to see where the next seven years (and beyond) takes me!

It’s crazy to think that I was on the track to becoming a school teacher at the beginning of 2006. My art professor told me she had a dream I was a writer and suggested I take a journalism course as my other elective- the course lit a fire in me I didn’t even know I was lacking. That was the year I got married and changed my major to journalism. My first story got published in 2007 and the my career path was completely altered. They say everything happens for a reason and that in the blink of an eye your life can change if you have the courage to let it. It would have been safe to stay in education. It would have been easier to finish one more year of school and graduate in 2007. It would have been safe to get a steady job as a teacher, but I don’t think I would have been happy.

As a self-employed writer and photographer things aren’t always safe but they are a hell of a lot of fun. I’ve had wild ups and downs but I wouldn’t trade a minute of it. I can feel that I am on a path now to big things, exciting things and I truly believe that financial success bigger than I ever could have dreamed was possible is so close I can taste it. Here’s to seven years as a writer and here’s to the goal of writing I’m 100% debt free and financially independent by the time my eight year anniversary rolls around!