Fair warning, this grievance post is all about wanting what I want and if you are a Debbie Downer that leaves a comment telling me I’m wrong about how I’m feeling, I’m going to just delete it. The idea of this post is to explain what I want, and if you can’t give me an encouraging thought, then I don’t want your opinion. You’re entitled to your opinion of course, but it doesn’t mean I have to listen to it. Not anymore 🙂

Last year I was posting a LOT on Facebook about a travel goal of mine to hit the road in an RV and see the United States. I was also posting a lot about wanting to go on a cruise and wanting to see Europe, more of Asia and Australia. Then, one day I posted about how badly I wanted a house. Suddenly, one of my Facebook friends commented on the post “You can’t have both. You have been posting about travel so much Ashley, and you just can’t have both.”

Defeated was the best way to describe how I felt, and it made me so mad I deleted the house post completely and pouted. Yes, I still pout. It’s my process, leave me alone! LOL! 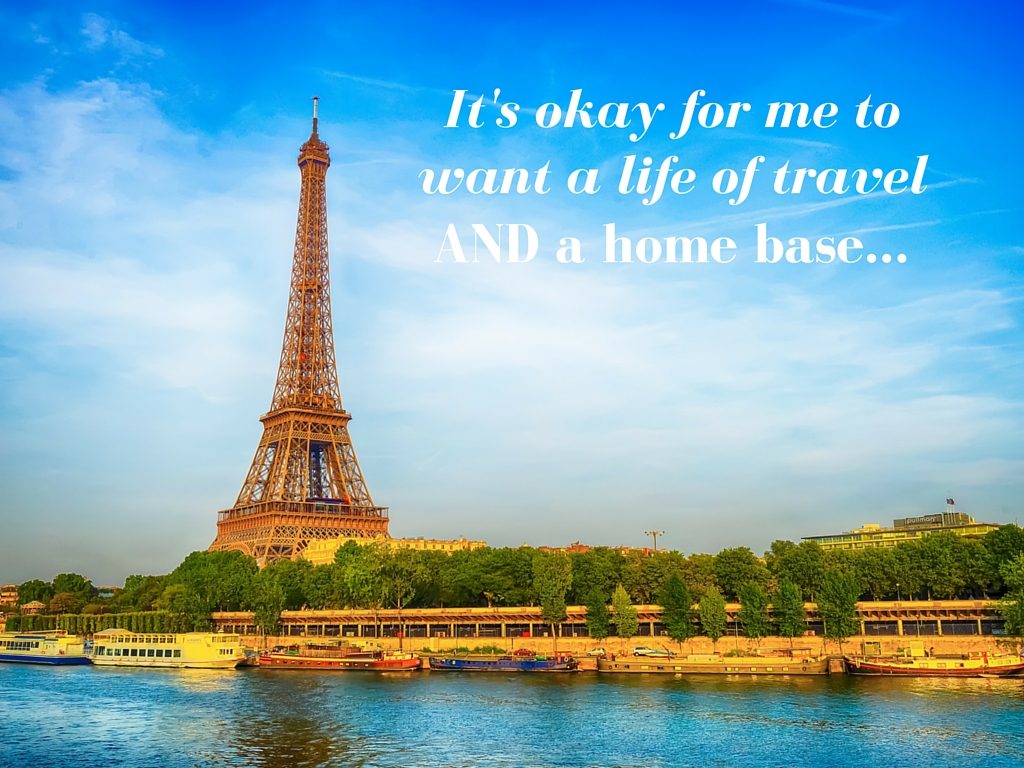 Since that day I’ve been thinking a lot about what that woman commented. I began seriously considering letting go of one goal in favor of the other, but couldn’t figure out which one I wanted most. It became a crazy internal debate that plagued my brain a lot. After arguing with myself for months trying to figure out which one I wanted more, I still couldn’t decide which life to go after. I was desperate for a house, but I was also desperate to sail around Europe on a cruise. I couldn’t choose between them. I couldn’t let go of the thought in the back of my mind which kept whispering “Why can’t I have both?”

Will it be harder to achieve this? No, not necessarily. Will it cost more money? Sure, but if I want it bad enough isn’t that my problem to worry about? After contemplating this for a few months I’ve realized just how many times in my life I’ve allowed what other people think to influence my decisions, my thoughts, and my wants. NO MORE!

I’m done letting others dictate to me what I can and can not have. I’m done allowing others to influence my wants. I can have whatever I want and can go after my desires regardless of what others think. There is absolutely nothing wrong with wanting travel AND a house. So, I’m going full force after that dream because it’s mine and I want it. I have started to look at cruise deals southampton so that I can fulfil my dream of going on a cruise and seeing Europe. I have also started pricing up a trip to Australia. I won’t let anything hold me back from what I want to achieve and do now.

With that said, I’m putting my actual desire out into the Universe, regardless of what haters and naysayers may think! I want an adorable, organized home that is set up perfectly for me and I want to be able to travel the world three to six months (maybe more) every single year.

Ask and it shall be given to you. Inspired action is the secret ingredient to the Law of Attraction, and I choose to be inspired and act on my desires from here on out 😀