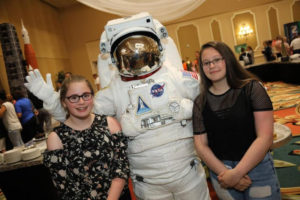 I wanted to share this exciting news I just heard about from one of my favorite hotels in Orlando, Rosen Plaza. I had the wonderful pleasure of staying there last month (review coming soon on the blog), and they have some truly incredible events going on for the holidays. Check out this fun news they just sent me:
.
As this year’s host hotel, Rosen Plaza proudly served as command central for Dreamflight’s 2017 “Holiday of a Lifetime,” during which 192 children with serious illnesses or disabilities experienced a once-in-a-lifetime opportunity to visit Orlando for 10 days of vacationing fun – without their parents.
.
This was the first year Rosen Plaza had the honor of housing the Dreamflight participants, as well as the huge team of doctors, nurses, physiotherapists and other helpers who volunteered to care for and look after them. Taking advantage of Rosen Plaza’s multiple ballrooms and award winning catering, the hotel’s event planners also helped the UK-based charity create unforgettable moments for their three, big, on-site parties.
.
“After 30 years, we changed hotels and stayed at Rosen Plaza Hotel,” said Patricia Pearce, MBE, Founder of Dreamflight. “We had a wonderful time there and the staff were amazing and so supportive. I was very honored that Mr. Rosen himself came in to see me one day.”
In addition to the luxurious guestrooms, Dreamflight utilized two ballrooms and enjoyed breakfast and evening meals at the hotel. Rosen Plaza’s memory-making event planning team helped put on three nights of celebrations: a Halloween Night Party; a NASA Night, complete with an astronaut visit; and a “Prom” Party on the final night, where all the children got dressed up. By day, the hotel provided a convenient, central location for the group’s shopping excursions and theme park outings to the Magic Kingdom’s Blizzard Beach, Universal Studios and Islands of Adventure and SeaWorld Orlando and Discovery Cove.
.
“This was my dream, and it was very special to share it with Mr. Rosen and all the staff at the Rosen Plaza Hotel. It was so special to stay there,” said Pearce.
.
“We were honored to be able to host such an incredible group of children and volunteers, and even help shape this amazing vacation. It was moving to see the impact these experiences had on the children,” said Harris Rosen, founder and COO of Rosen Hotels & Resorts. “We look forward to participating in Dreamflight’s ‘Holiday of a Lifetime’ for many years to come.”
.
Each year, in October, Dreamflight charters a 747 aircraft to fly seriously ill and disabled children to Orlando for a “Holiday of a Lifetime.” Pearce founded the charity in 1987, after spending 39 years on the cabin crew for British Airways. Since then, she and Dreamflight have brought 5,830 children to Orlando for those once-in-a-lifetime memories. She feels this type of experience has the power to boost the children’s belief that, even if disabled, they are able to enjoy life to the fullest.
.
“Each year, I am amazed at how brave these children are. They come away from their homes and families and I call them ‘my little rosebuds that blossom’ during the week,” said Pearce. “No one is the odd-man-out. The children learn so much from each other and come back more confident and able to undertake more things, having been around others that may be worse off than they are.”
.
This chance to help others is part of the pattern of philanthropy that is the cornerstone of Rosen Plaza’s, and all of Rosen Hotels & Resorts’, corporate giving. The Harris Rosen Foundation has long supported child-related initiatives and educational opportunities for the local under-served areas of Tangelo Park and Parramore in Orlando, as well as the global community. Internationally, the foundation has helped bring clean water to Haiti and built an elementary school in the small town of Jon L’Abeille that recently served as a shelter during Hurricane Matthew. It also worked to assist the victims of the 2011 earthquake and tsunami in Japan, for which Rosen was honored with the Order of the Rising Sun, Gold Rays with Rosette, the highest civilian honor bestowed by the government of Japan.
.
Rosen Plaza, located at 9700 International Drive, is conveniently situated within a short walk to Pointe Orlando’s shopping, dining and entertainment and within minutes of Orlando’s world-famous theme parks and attractions, making it an ideal location for experience-based getaways and vacations. For more information, visit RosenPlaza.comor call (800) 627-8258.