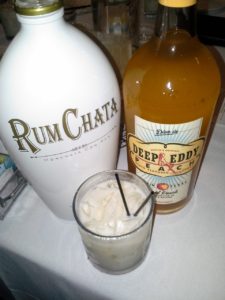 UPDATE: This restaurant has closed

So, recently I had the AHHHHHMAZING opportunity to have dinner at Piquant. For those of you who don’t know, this is a restaurant located in Hyde Park Village. They are an American spin on French cuisine, and although I was treated to a meal here for their preview of a new menu thanks to my affiliation with the Tampa Bay Bloggers, all opinions below are my own.

When we first arrived, we were treated to the cocktail you see above. It’s a blend of equal parts Deep Eddy Peach Vodka and Rumchata, a squeeze of lime and a pinch of cinnamon. They said it tastes like Peach Cobbler. For me, it was a little too sweet, but the other bloggers seemed to enjoy it. For some reason, the older I get the less I like sweet drinks. Anywho…moving on… 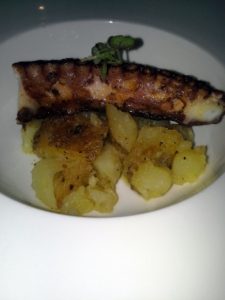 Our first course was Octopus Provencal featuring chorizo-rubbed seared Octopus, Spanish evoo, potatoes, Provencal sauce. I keep it real on this blog, so I’m not going to lie to you and tell you I loved this dish. It was my first time having octopus and I’m NOT a fan. Bleh! The potatoes though- those were delicious!!! Love me some potatoes ya’ll!!! 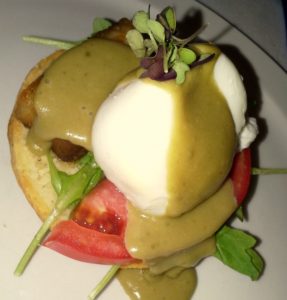 Next we had the Pork Belly Benedict featuring crispy pork belly, lemon-thyme scone, beefsteak tomato, poached egg, avocado Hollandaise. Ya’ll!!! This dish was pretty darn tasty. I love me some porkt belly, and the scone was surprisingly moist. Most scones I’ve eaten are far too dry. This? This was good! I would eat this again if given the chance for sure. 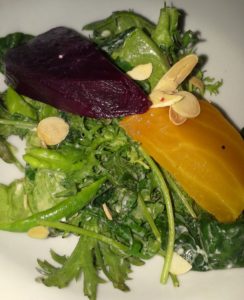 For our first salad sampling we tried the Vertical (Uriah’s Farm) Salad featuring a mix of Bibb, Frisee & Arugula, roasted Red & Golden beets, toasted almonds, goat cheese and passion fruit vinaigrette. The cool thing about this salad is that it’s as farm-to-table as you can get at a restaurant. They grow the stuff vertically nearby, and then Piquant gets the goods at the peak of freshness. I didn’t like the beets so much, but the greens, almonds and dressing – YUM! 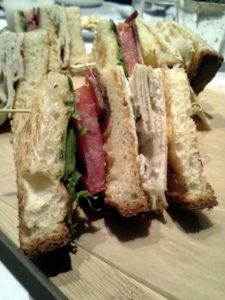 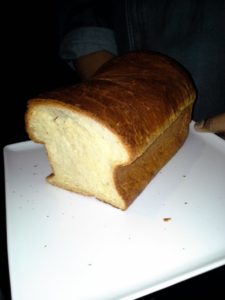 We were supposed to have another salad sample after the beets, but to our surprise the chef had other plans. EXCITING ones! He created this delicious croissant loaf. Yep, bread that is just as fluffy and flaky as a croissant, but in loaf form to make a sammich!!! So, naturally chef sliced the bread, toasted it and made the best turkey club sandwich I think I’ve ever had. It was so delicious I wasn’t even mad they cut the turkey sandwich from our scheduled samplings! 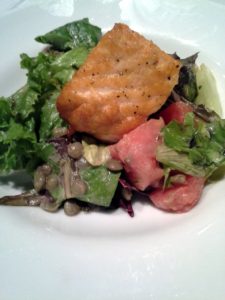 Our other salad sampling was a Salmon Salad featuring seared fresh salmon, golden lentils, heirloom Spring, beefsteak tomatoes, crispy Brussels sprouts and passion fruit vinaigrette. I REALLY didn’t like the Brussels sprouts, but the rest of the salad was pretty tasty. This could totes be a lunch I would eat one day! I’d just ask for mine sprout free. Ha! 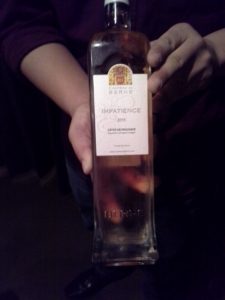 As we waited for our first signature entree sampling, we were treated to a swig of Impatience wine. This was delicious! Paired perfectly with the salmon too. 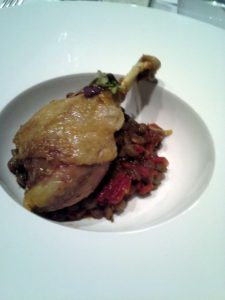 Our first signature entree sampling was Duck Confit featuring leg of house-made crispy Duck Confit, golden lentil ragu and duck Demi glace. The duck was good, the rest? Not so much! I’m very finicky I guess. But, I did enjoy the duck leg quite a bit. 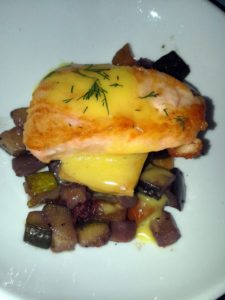 Our other signature entree sampling was Salmon Napoleon with layers of pate brisee, ratatouille, seared salmon, hollandaise and fresh dill. This is TOTALLY a dish my husband would have liked. I ate it and enjoyed it for the most part, but I wish my hubby could have been there because I suspect he would have been begging for more. 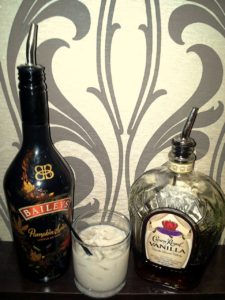 Taking a slight break from ALL. THE. FOOD. we were treated to another cocktail that rocked my world. Equal parts Pumpkin Spice Baileys and Crown Royal Vanilla shaken and poured over ice. What’s not to love? This drink was so frikkin good I considered asking for another. Going to have to nab me some of those bottles before they sell out since the Pumpkin Spice is limited edition!!!!

Finally, it was dessert time. And holy crap did Piquant go all out. I’ll share them in order from my least favorite to my most favorite because after all, you should save the best for last. Am I right? 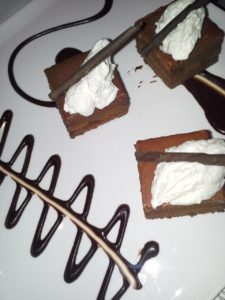 This dessert was the JBF Passian Fruit Ganache Gateau which consists of chocolate cake, passion fruit ganache, almond croquantine, passion fruit curd and milk chocolate buttercream. I had one bite and quickly moved on. FAR too sweet for me! 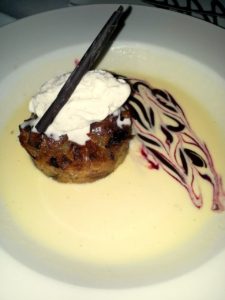 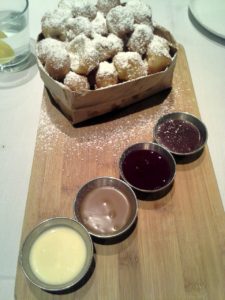 Now, my favorite!!!! Oh my GAWD you guys!!! These are the Croissant Donut Beignets. Yep – I said CROISSANT DONUT!!! Omg! These warm, crunchy Croissant Donut Beignets accompanied with signature dipping sauces makes for an interactive dessert that will tickle your taste buds and have you foodgasming something fierce. I loved these little suckers so much I wished I had saved more room for them, because DAYUM, they were good! HIGHLY RECOMMEND!!!

Well folks, there you have it. Your sneak peek at the new items on the Piquant menu, and how I felt about them. Overall I had a VERY pleasant experience, and would love to munch on a few of the items again and again and again. If nothing else I’ll take more beignets and Pumpkin Baileys with Vanilla Crown please! So good!

Now, I want to hear from you!!! Have you eaten at Piquant? What did you think of the place?