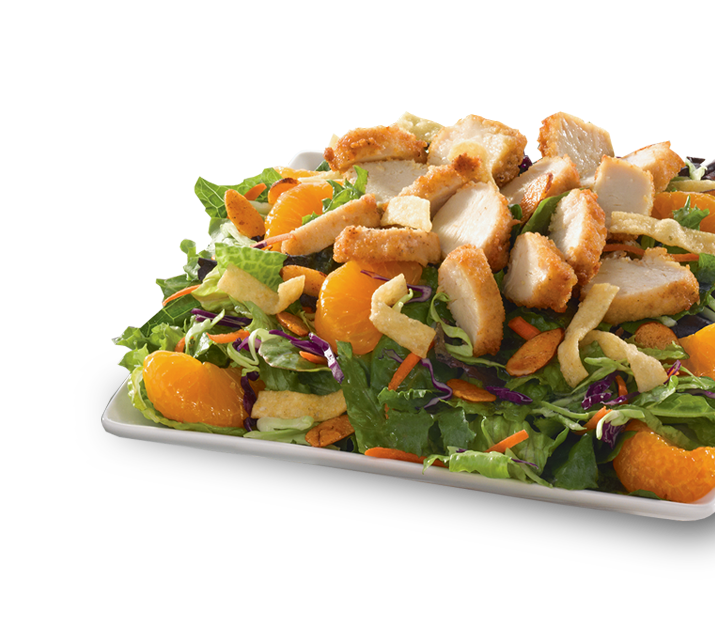 I have a new obsession- the Chick-Fil-A Asian Salad. In the span of about 9 days I had three. Add to the fact that I literally had to walk a mile each day that I wanted one- you know this obsession is serious. I probably would get more if they weren’t close to $8!

Basically, at the beginning of 2014 I had three of the calendar cards and for the month of May I could get a salad with the card. My husband only like Caesar salads and I work very close to a Chick-Fil-A so it only made sense to cash in these salads for myself. The first day I went into get one I had not yet learned of the fact that they are no longer serving the spicy chicken salad. I almost cried when it wasn’t on the menu. After mulling it over I opted for the Asian salad figuring, eh- why not? If I don’t like it no big deal because I’ve “made my money back” on the cards already. I chose grilled chicken and was delighted when it came with a honey sesame dressing, wontons and dried bell peppers.

Have a product that you want me to review too? Contact me HERE!

I ate that salad faster than any salad I think I have ever consumed. I don’t know if I was just starving from the fact I had to walk half a mile there and a half a mile back to work before I could eat it OR if it was just that good. So, two days later I felt it was only reasonable to try it again. I made the walk there and back only this time I was given honey sesame dressing, wontons and sliced almonds in place of the dried bell peppers. It was just as good the second time if not better!

I had other lunch plans for a few days but I am not kidding when I tell you that third free salad was burning a whole in my purse. First chance I got I made one more walk and got one more salad again with the almonds instead of the peppers.

I’m in love with the Chick-Fil-A Asian salad! I’m going to have to come up with a way to replicate it on my own at home!

This salad features freshly prepared with hot chicken, two cups of hand-chopped veggies and mandarin oranges and is served with honey sesame dressing. The optional toppings are wontons, dried bell peppers and sliced almonds. I’m sure I can get all these ingredients at my grocery store but I wonder if it will taste the same? hmmmmmmmm….

Have a product that you want me to review too? Contact me HERE!